Rapha Capital Management is focused on identifying and growing revolutionary ideas in medicine, healthcare and technology before others can see their value.

Our founder and managing partner, Dr. Kevin Slawin, was a pioneer in Robotic Prostatectomy using the da Vinci System (Intuitive Surgical NASDAQ: ISRG) and was the first to perform this procedure in the Texas Medical Center in 2001.  The procedure later went on to become the fastest adopted surgical technology in the history of medicine and ISRG has a market cap of over $55 billion.  Dr. Slawin also founded Bellicum Pharmaceuticals, Inc., developing controllable cellular immunotherapy in 2004, a time when most leaders in clinical medicine were convinced that immunotherapy would never play a significant role in cancer medicine.

In 2014, Bellicum Pharmaceuticals completed a successful IPO, with a market capitalization of $500 million, and today, immunotherapy, including checkpoint inhibitors and CAR T cell immunotherapies, have become the most important advances in oncology in decades, generating cures in a growing list of heretofore incurable cancers, while creating billions of dollars in value in the process.

We continue to apply this vision to our evaluation and selection of early stage investment opportunities today. 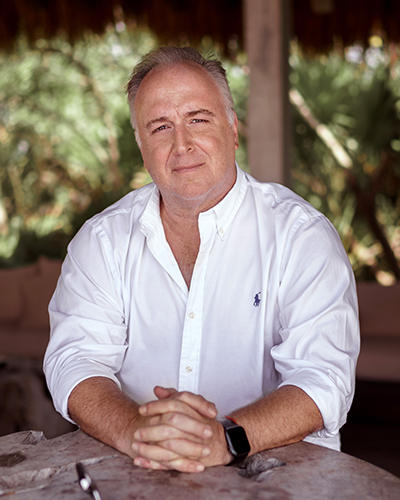 Kevin Slawin, MD. is the Founder and Managing Partner of Rapha Capital Management, LLC. He is a successful and experienced oncologic and robotic surgeon, biotech consultant, investor, and founder focusing on disruptive technologies in oncology, T cells and immunotherapy, as well as other breakthrough healthcare technologies. He is the founder of Bellicum Pharmaceuticals, Inc. (NASDAQ: BLCM) leading Bellicum to a successful $161 million IPO in December, 2014

Kevin Slawin, MD. is the Founder and Managing Partner of Rapha Capital Management, LLC. He is a successful and experienced oncologic and robotic surgeon, biotech consultant, investor, and founder focusing on disruptive technologies in oncology, T cells and immunotherapy, as well as other breakthrough healthcare technologies. He is the founder of Bellicum Pharmaceuticals, Inc. (NASDAQ: BLCM) leading Bellicum to a successful $161 million IPO in December, 2014. He also plays a guiding role in several of the investments managed by Rapha Capital in certain companies, serving as a board member at 3DBio Therapeutics, Inc. (https://3dbiocorp.com/), FIZE Medical, Inc. (www.fizemedical.com), and Demeetra AgBio, Inc. (www.demeetra.com). He served as a board member and interim CEO of portfolio company AsclepiX Therapeutics, Inc. (www.asclepix.com) in 2020, engineering their $35 million Series A financing led by Perceptive Xontogeny Venture Fund in mid 2020. Rapha Capital Management manages thirteen legacy SPIVs, Rapha Capital Investment I – XIII. Rapha Capital Management will be offering alternative asset management services to its inaugural venture capital fund, which will be the vehicle for all future investments managed by Rapha Capital Management. Slawin graduated, magna cum laude, with a Bachelor of Arts degree in Biochemistry from Columbia University, where he was inducted into Phi Beta Kappa. He earned his medical degree in 1986 from Columbia College of Physicians and Surgeons, and was elected to the Alpha Omega Alpha honor society. He trained in General Surgery and then Urology at the Mount Sinai Hospital and at Squier Urologic Clinic at Columbia Presbyterian Hospital, both in NYC. Later, he was awarded a two-year fellowship, from 1992-1994, as an American Foundation of Urologic Disease (AFUD) scholar at Baylor College of Medicine to continue to study the development and treatment of prostate cancer under the tutelage of renowned prostate cancer surgeon and thought leader, Dr. Peter Scardino. Slawin joined the Baylor College of Medicine as Director of The Baylor Prostate Center in 1994, and was appointed the Dan Duncan Family Professor in Prostate Cancer and Prostatic Diseases in 2003, established by the well-known Houston oil man and philanthropist of the same name. He is co-Inventor of the FDA,-approved “prostate health index (phi)” test licensed and marketed by Beckman Coulter and utilized around the world. He has published extensively in top medical and scientific journals including the Journal of the American Medical Association (JAMA), Journal of the National Cancer Institute (JNCI), and the New England Journal of Medicine (NEJM). He has also been routinely listed in America’s Top Doctors for Cancer (Castle Connolly Medical) and The Best Doctors in America (Woodward/White). In 2003, he was awarded the F. Brantley Scott, Jr., Award for Innovation and Creativity in Urology.